How to password-protect a USB flash drive

Password-protecting a flash drive is easy with the USBCrypt wizard software. When you run it, it guides you through the steps of encrypting a removable USB flash drive. It asks you to choose a name for the encrypted drive (this is optional, but can be handy if you have several similar drives that you use to store different kinds of files): 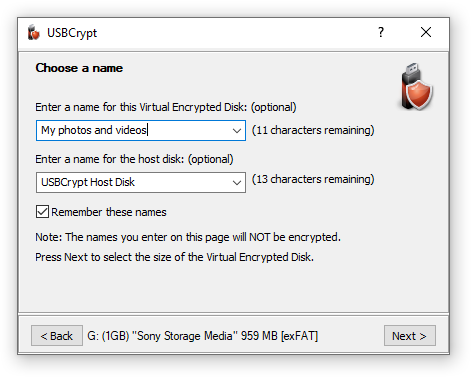 After a few more steps, which you may want to leave the settings as they are (the defaults should be suitable for most common situations), or you can adjust the options offered by the USBCrypt wizard. For example, you can choose to encrypt the whole drive or only a part of it. You can also select the encrypted file system (FAT or NTFS) to use for the encrypted data. Another option is to choose the encryption strength (such as the 128-bit or 256-bit AES encryption in the XTS mode). Yet another option lets you choose whether to create a "spare key" file on your computer, that you could use should you forget you main encryption password: 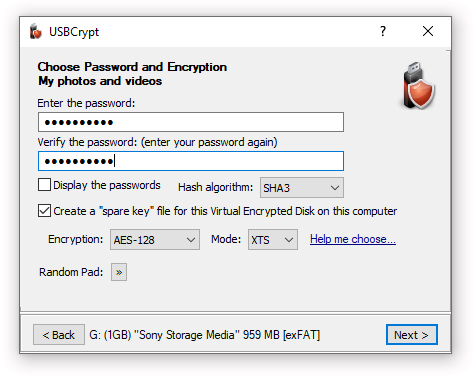 When you are done using the encrypted files, you need to lock it back. To do that, you can use the USBCrypt icon in Windows taskbar to stop the encrypted drive:

After the encrypted drive has been stopped, all files and folders it contains become locked with your password again. At this point, you can detach the flash drive from the computer. You can sleep well at night, knowing that your files are safe and sound too.