How to password-protect and encrypt Dropbox folder

Dropbox is a popular online backup and file synchronization service. When Dropbox synchronizes files between your computers and the online storage, it encrypts the files while transferring them over the Internet, preventing other people from eavesdropping on your data. However, the Dropbox folder on your computer remains unprotected: Dropbox does not do anything special to restrict access to it. What if you lose your laptop or someone steals your computer? Wouldn't it be nice to protect your local Dropbox folder with strong encryption, too?

You can protect your Dropbox folder using our strong encryption software Encryptability. If you have not done so, download and install Encryptability software (the downoad is free, and it comes with a built-in 30-day license of full use, no credit card required.) 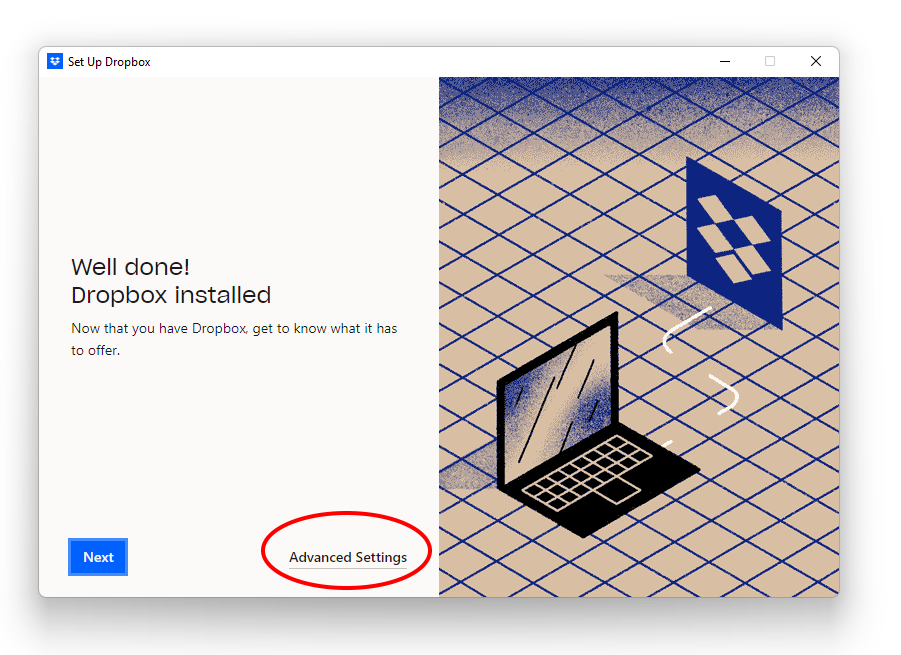 On the next screen click the down arrow, choose Other, and select the Virtual Encrypted Disk in the folder tree of your computer (it's drive K: in our example). Dropbox will add Dropbox folder under that folder, so the final location would be K:\Dropbox 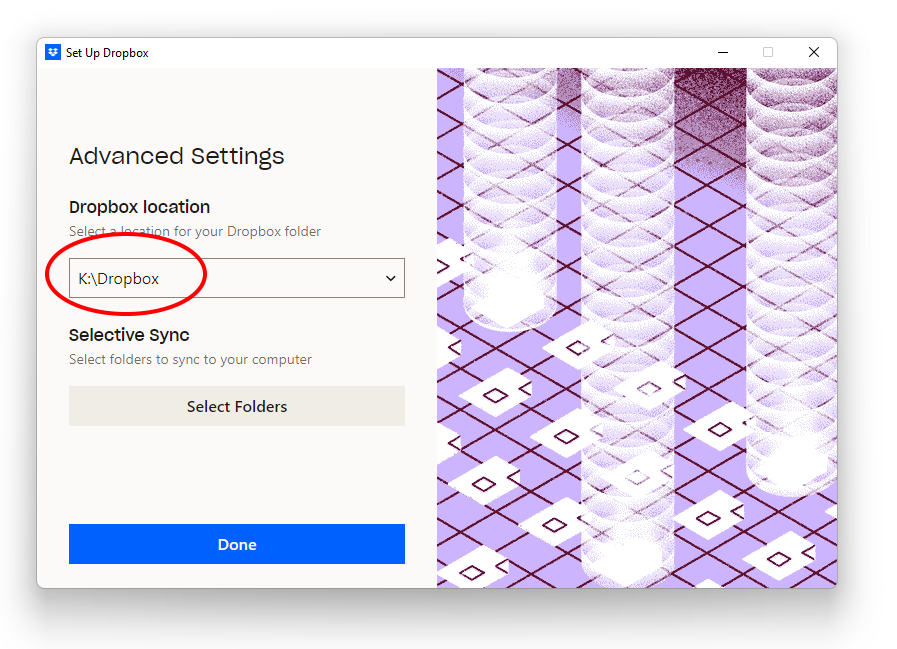 Finally select the syncronization mode that would keep the files locally on your computer: 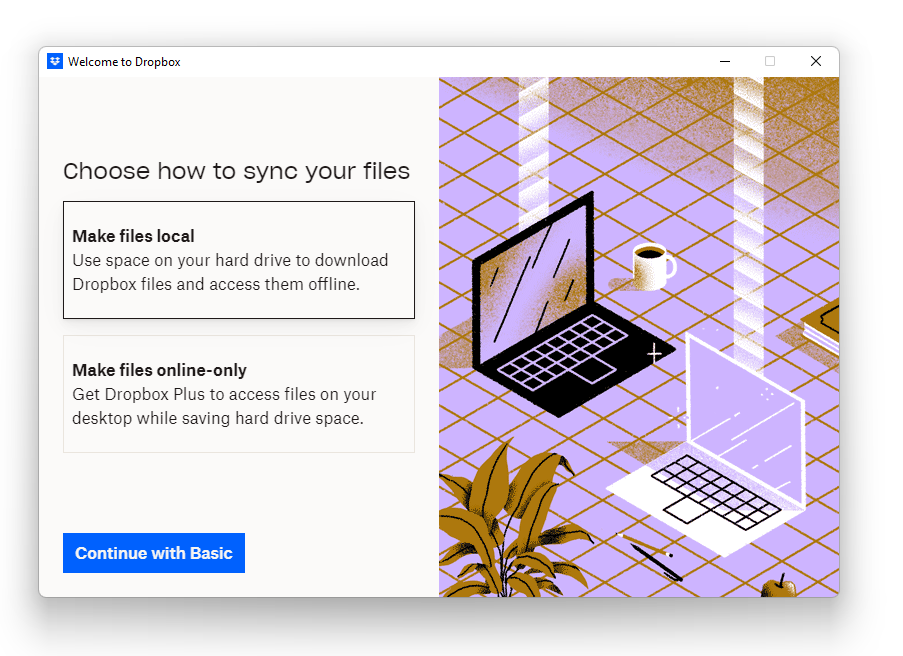 What if you already have Dropbox installed on your computer? No problem, you can move the Dropbox folder onto the encrypted drive: right-click on the Dropbox icon displayed in the taskbar notification area, choose Preferences, and then click on the Move button: 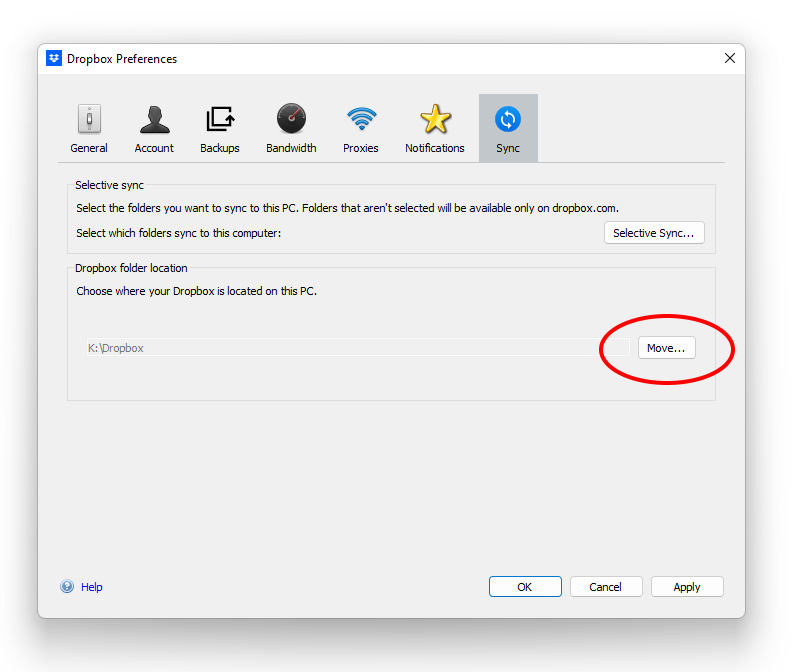 Dropbox will move the folder to the encrypted drive. If you get an error that the folder cannot be moved to the removable drive, restart the Virtual Encrypted Disk as a fixed disk and try again. After that, the files you put in the Dropbox folder will be protected with strong encryption and no one would be able to get them without the correct password.

The problem that remains to be solved is that if you leave Dropbox settings as they are now, then next time you start your computer Dropbox will complain that it cannot find its folder. This is expected, because by default Dropbox is configured to start automatically when you log in to Windows, and when it starts, it tries to locate its folder right away, before you have a chance to enter the password to start the Virtual Encrypted Disk.

To solve this problem, change the Dropbox autostart option: right-click on the Dropbox taskbar icon, open the Preferences screen, and clear the Start Dropbox on system startup option. Instead of starting it automatically, you would start Dropbox manually, by double-clicking on its desktop icon, after you've started the Virtual Encrypted Disk.

If you are familiar with the batch files, you can go one step further and make Dropbox start automatically for you whenever you start the Virtual Encrypted Disk. The AutoRun feature of Encryptability software makes it very easy to achieve: create a file named autorun.bat in the root folder of the Virtual Encrypted Disk that contains the following:

(By the way, if you have AB Commander, its built-in Quick Editor is just the tool for such a job.) Replace path-to-Dropbox.exe with the actual path that is in effect on your computer. You can determine the correct path by examining the properties of the Dropbox shortcut that you have on the Desktop. Usually it is similar to: "C:\Program Files (x86)\Dropbox\Client\Dropbox.exe"

From now on, whenever you start the Virtual Encrypted Disk, the Dropbox software should start automatically, too.

Encrypt and password-protect files with Encryptability encryption software for Windows 11,10,8,7.

If you want to link to this article, you can use this HTML code: <a href="https://www.winability.com/password-protect-encrypt-dropbox-folder/">How to password-protect and encrypt Dropbox folder</a>